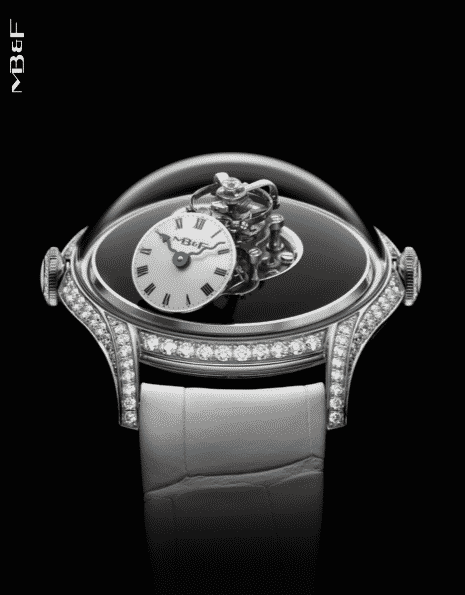 This uber stylish women’s timepiece marries the best of Swiss watchmaking traditions with finely honed three-dimensional avante-garde art. Büsser’s creative algorithms typically cycle on a seven-year scale, and his company, Maximilian Büsser and Friends (MB&F), is now in its 14th year. The man behind the brand got his start in fine watchmaking when employed by Jaeger-LeCoultre, and at the age of 31 in 1998, Büsser was named managing director of Harry Winston Rare Timepieces. He took his experience and creative energy to his own company in the year 2005 and has been creating some of the world’s finest time pieces ever since, taking his rightful place on the world stage of horology. 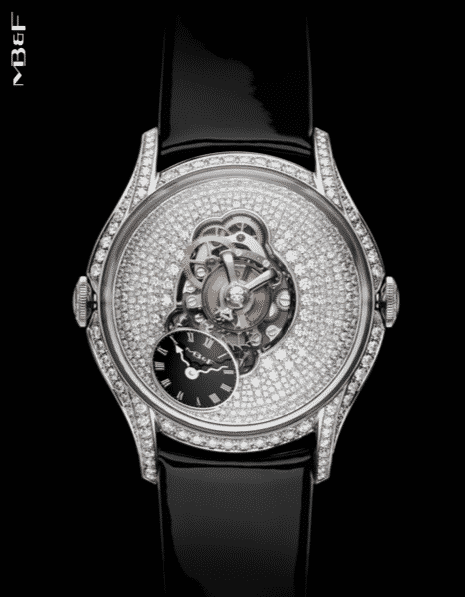 Büsser drew his inspiration for the LEGACY MACHINE FlyingT from women and the timepiece is a particular homage to his mother. The multilayered design speaks to women’s strength, grace, and elegant femininity. The flying tourbillon represents Büsser’s belief that woman serve as the pillar of humanity, while the sun-shape rotor pays tribute to woman’s ability to give life. The LMFlyingT is available in three separate editions. Each one features white gold accented with diamond settings.

The first edition features an elegant black lacquer dial plate and case set with brilliant-cut diamonds. On the second edition, both the case and the dial plate are fully set with
brilliant-cut diamonds, and the third edition features baquette-cut diamonds fully surrounding the case and the dial set. Other outstanding features of the LMFlyingT is the 50 degree incline of the timepiece’s dial that allows it to be read only by the wearer, the lone
large diamond on top of the tourbillon cage, and the uber-elegant hands of blued gold. 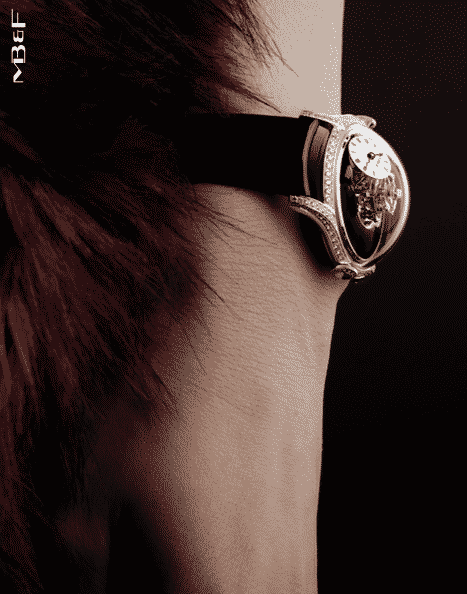 I speak
and my currency is

What are you looking for?

You can find out more about which cookies we are using or switch them off in settings.

This website uses cookies so that we can provide you with the best user experience possible. Cookie information is stored in your browser and performs functions such as recognising you when you return to our website and helping our team to understand which sections of the website you find most interesting and useful.

Strictly Necessary Cookie should be enabled at all times so that we can save your preferences for cookie settings.

If you disable this cookie, we will not be able to save your preferences. This means that every time you visit this website you will need to enable or disable cookies again.